Edit Business Hours
Tumbling Bay Lake – Ware
This is a large lake from which gravel was extracted, with depths up to 16 feet. The lake is located between Ware and Hardmead, positioned between the Old River Lea and the River Lea Navigation.
The eastern end of the lake is owned by Herts and Middlesex Wildlife Trust and there is no fishing allowed there. Being a vast area of water the what fish are present is not fully known, there were reports of large Carp and Pike being caught prior to our club taking it over in April 2008. In recent years some large Carp have been caught but those anglers with the success have had to put the hours in to be rewarded.
It is an all the year round fishery and night fishing with some restrictions is permitted. No guests are allowed.
All our waters are regularly bailiffed 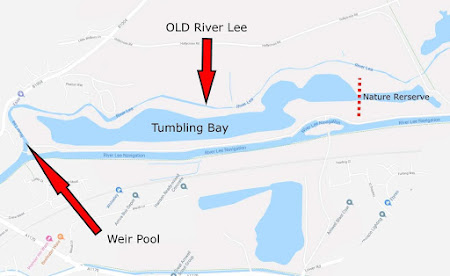